Call it what it is, a hate crime! Stop Anti-Asian Violence, Stop China-Bashing! 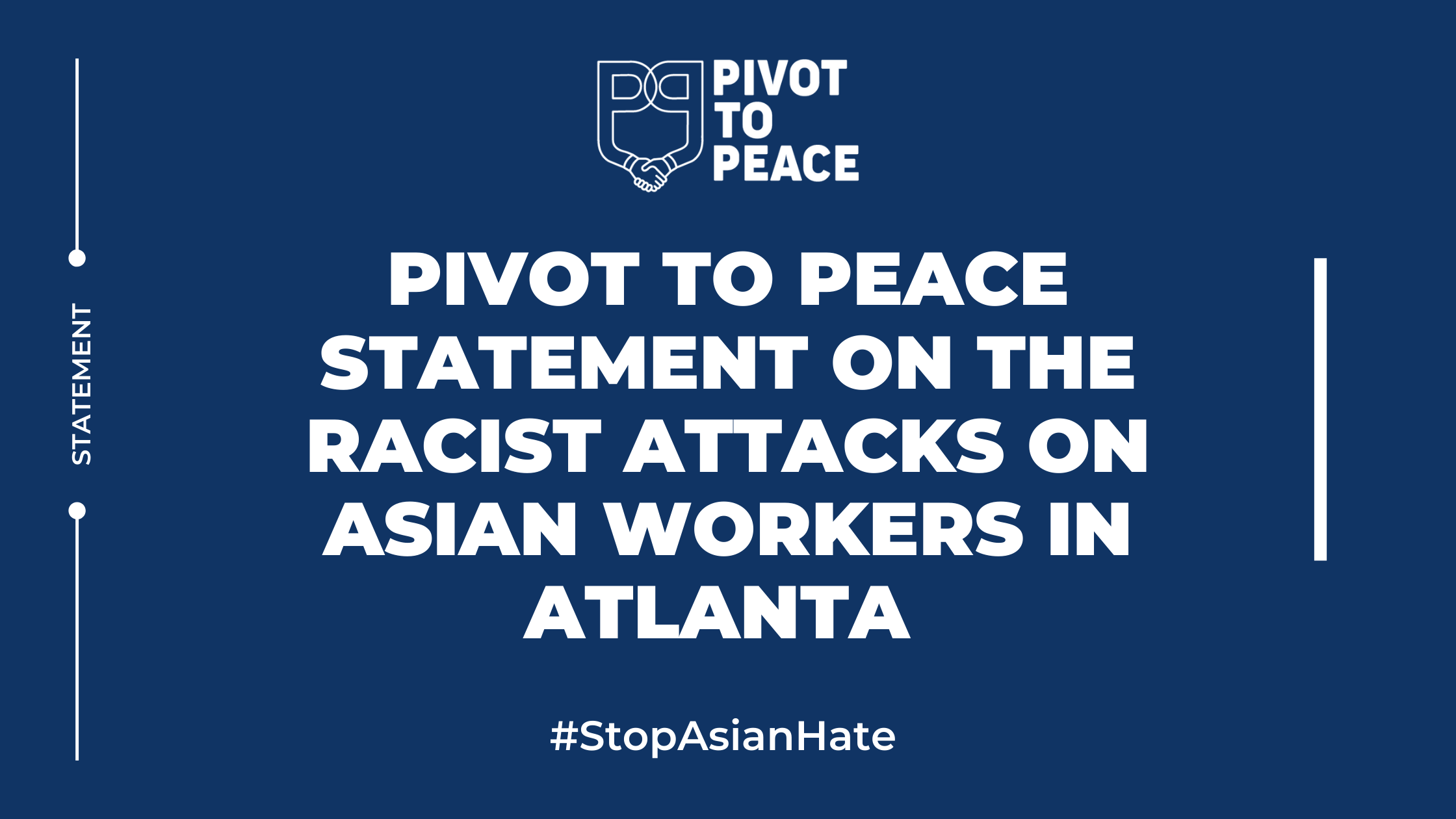 Statement by Pivot to Peace

Pivot to Peace expresses our deepest sympathy and solidarity to the families who have lost their loved ones to this racist and sexist hate crime that took place in Atlanta on March 16th.

We condemn the local officials for refusing to label this what it is: a racially motivated hate crime. This massacre is yet another attack in the long history of white supremacy and anti-Asian violence that has plagued this country. This was a targeted killing of Asian women, a hate crime of both white and male supremacy, and should be denounced as such. When the shooter claimed that he had to target these women to control temptation for his own “sex addiction,” he was just the latest white man to do so. There is a long history of fetishizing Asian women for their sexuality, and we reject the disgusting victim shaming narrative used to deflect this hate crime.

In the midst of this egregious act of terror, Captain Jay Baker, the spokesman for the Cherokee County Sheriff’s Office, attempted to justify the shooter’s killing spree by saying “it was a really bad day for him, and this is what he did.” Not only was the shooter heard saying “I want to kill all Asians,” Captain Baker, himself, has posted racist, China-bashing statements on his own personal Facebook. Is this going to be another case like Vincent Chin’s, where the murderers got off because of racist police and a judge?

Anti-Asian racism has only been exacerbated in the last year by the Trump administration’s targeting of China for the Covid-19 pandemic calling it the “Chinese and/or Wuhan virus.” Stop AAPI Hate’s hate crime tracker reports that there have been 3,800 self-reported hate crimes against Asians since March 2020. For those of us who advocate for peace understand that anti-Asian sentiment didn’t just start with Donald Trump and the Republicans. When Obama announced the Pivot to Asia foreign policy strategy, it was inevitable that Asians at home would be the first targets of this policy of aggression with China. Hillary Clinton famously said, “I don’t want my grandchildren to live in a world dominated by the Chinese,” and the Biden administration is doubling down on a new Cold War against China, maintaining the Trump sanctions, increasing our military build up and pressure surrounding China, and continuing the demonization of China.

When you demonize a country, a religion, or any category abroad, the people at home become the collateral damage. We must not forget the rampant Islamophobia that plagued our country after 9/11, the Japanese Americans during World War II who were imprisoned in internment camps, and the Chinese who were beaten, killed, driven out of towns across the American West during the Chinese Exclusion Act.

The campaign of hatred and bashing of China is inextricably tied to the racism Asians are facing here at home. That is why we must oppose the new cold war with China. When we demonize nations abroad we create blowback at home. We call on all Americans of conscience to stand together, oppose these evils, and build a better society and future together. Only then can we all truly be free.