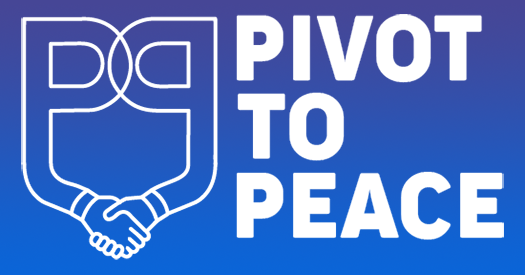 Brian Becker: Now we turn to the anti-China Cold War campaign. The Attorney General of Missouri has filed a lawsuit against the Chinese government and several Chinese institutions arguing that they covered up information about the spread of a coronavirus, that they silenced whistleblowers, and did little to try to control the disease. Beijing has responded by calling the suit absurd, and pointing out that as a sovereign entity that it cannot be sued. We are joined from San Francisco by Mike Wong. Mike is the vice president of the San Francisco chapter of Veterans for Peace.

Mike, I’m pretty astonished, not shocked because nothing is shocking anymore, but I’m astonished when I read the details of this frivolous, disgusting, racist, xenophobic, and just blatantly false lawsuit by the Attorney General of the state of Missouri against the People’s Republic of China, and blaming China for everything that has happened to anyone in the state of Missouri. Anyway, did you read the lawsuit?

Mike Wong: Attorney General Eric Schmidt filed a lawsuit that can’t possibly succeed. It’s going to fall on two grounds. One is factual —  It’s simply a fact that China has, from the very beginning, disseminated all of their information to the World Health Organization, to the American CDC, and to the world public. And they took extreme measures from the beginning. Within a matter of weeks, they had investigated the virus and figured out that it was a new virus, and they took extreme action at the time. The US mainstream media was criticizing it as too extreme. They lockdown Wuhan, they lockdown the province of Hubei, they instituted a protocol throughout the nation to take safeguards against it. All the while the US media was claiming all of it as violations of human rights. In fact, China succeeded in controlling the virus, they built two hospitals holding over a thousand patients within a matter of 10 days. These are all very public affairs and published in our mainstream press even, and now they’re (the US media) trying to tell the US public that we should forget about everything that we’ve ever read within the period of the last three months. Just on the facts alone, the lawsuit will fail.

In addition to that, there’s this principle of sovereign immunity. A sovereign nation cannot sue another sovereign nation, the USA can’t sue China or vice versa. Both on the legal grounds and factual grounds, this lawsuit will go nowhere. This is all done for political purposes. This is more political grandstanding to bash China and trying to ramp up a new cold war is a very dangerous move played by the US govt. Both parties are fully behind it. We’re increasing tensions with China. We are ratcheting up our military preparedness, we’re talking about things like winnable nuclear wars, preemptive first strikes, and full spectrum domination.

When you talk about this, you’re talking about China as an existential threat. No matter what they do or don’t do. And when you do that, you are forcing China, or any other nation that we do it to, to defend themselves, which is just going to exacerbate the situation. We’ve seen how disastrous amera’s wars have been in the Middle East and elsewhere. It’s a very dangerous situation, politically.

Brian Becker: The lawsuit, the first-of-its-kind, claims quote “Chinese authority deceived the public, suppressed crucial information, arrested whistleblowers, denied human-to-human transmission in the face of mounting evidence, destroyed critical medical research, permitted millions of people to be exposed to the virus, and the even hoarded personal protective equipment, thus causing a global pandemic that was unnecessary and preventable.” Each one of these assertions are clearly not true, but as you pointed out, for the average person reading the short Cliff Notes version of the story, they’re gonna think “Wow the Attorney General of Missouri says China withholds protective personal equipment, that’s why we don’t have it in our hospitals, they destroyed critical medical research, that’s why we were behind the curve, they permitted a million people to be exposed to the virus, they denied human transmission in the face of mounting evidence,” and everything else in the kitchen sink, none of it is true. But in a way it could contribute, or will contribute to the growing hostility in this new Cold War against China.

Mike Wong: You only have to read our own mainstream media, let alone alternative media, to know that each of those claims are false. Let’s look at some examples. The idea that China withheld equipment, China is sending equipment all over the world. They’re offering equipment to the US, and they’ve sent equipment to Europe, to Africa, to Latin America. And what’s holding up equipment from coming to us in the US from China is a lot of grandstanding and bickering between states and the federal government — we are the ones causing the obstruction. We’re the ones with the trade war.

Let me take one other example. Let’s talk about “whistleblowers being arrested.” Prominently they talk about this one doctor that later died of the virus. That doctor was an eye doctor, not a virus specialist. He mistakenly thought it was a new outbreak of SARS. This was during the Chinese government’s early stages of Investigation. He talked about it on social media. What happened was that he was not arrested, but rather the police called him into the station, he was there for about an hour, and they said “look, please don’t spread rumors, it can cause panic, we don’t know what the consequences would be, please stop.” And then they made him sign a paper agreeing to stop, and then he went right back to work. What happened was he got exposed to the virus from one of his patients when doing an eye exam. It’s tragic that he died. But the government at the time was investigating to try and find out what was happening, they didn’t know at the time. But the moment they found out, about a week later, they developed a plan where they initiated a lockdown and other extreme measures that Western media criticized at the time. So every one of these facts that they bring up are not facts, it’s fake news.

Brian Becker: Let’s talk about why we are where we are right now with China. It didn’t just start with Trump. Trump is just ratcheting up anti-China rhetoric, he initiated a trade war with China, he said it would be easy to win, which turned out not to be true, so many families and small businesses were harmed by the trade war in the USA, and now there’s a bit of a trade truce. But  it wasn’t just about the trade war, the US has unleashed a new military doctrine in 2017 and 2018 identifying China and Russia as the points for American confrontation, and the US military policy has been re-oriented towards major power conflict, meaning World War 3. It all started way before Trump. A speech by Obama in 2011 in Australia, where he announced that the US was now “pivoting to Asia.” Pivot to Asia sounds like you’re pivoting a basketball, like a mechanical exercise, what does the pivot to Asia actually mean?

Mike Wong: What Obama meant, and he started this whole thing, he decided that we needed to pivot away from the Middle East and fight wars in the Middle East, and we needed to pivot to Asia and bring more of our military and other assets to bear on China. China was coming up in a very peaceful economic rise, and tensions between the United States and China were at an all-time low, the Cold War was over. China’s perception was “well,we’re not enemies, everything is going along just fine,” and then Obama and the entire Washington establishment decided that they cannot allow China to become too economically successful because that would change the balance of power in the world, and China could have the potential to become a rival.

So what the US did was they sent 60% of our naval force to Asia, surrounding China’s entire coastline. We started bashing China incrementally a little more and little more in ratcheting things up. Alarmed at this, they started taking countermeasures to defend their coastline, and then we announced that it constituted aggression. That ratcheted up the tension, the rhetoric, and military preparedness for war. We’re now in an arms race with China, and we’re talking about a new generation of nuclear weapons, and we’re starting a new Cold War. Trump just took it to the next level. The thing about this is the peace movement is sleepwalking through this whole thing. There’s a real danger of a new cold war. We have new types of weapons and counter weapons, especially anti-missile defenses that have not been proven to work but that many people are integrating into their calculations in what they would do in a war.

During the last Cold War, we had many close calls — I recommend the book called the Doomsday Machine by Daniel Ellsburg. Not just the Cuban Missile Crisis, but many other situations that came up during the Cold War, we were just a hair’s breadth away from an actual, hot nuclear war. And the new generation of weapons and counter weapons that we have today are much more complex, there’s a lot more things that could go wrong, there’s a much greater risk of nuclear war through miscalculation or some unrealistic thinking in Washington with people like Pompeo, fortunately John Bolton is gone, and Donald Trump, who don’t really understand how complicated and dangerous these calculations are.

Michael Wong is the Vice President of Veterans For Peace, Chapter 69, San Francisco, and a retired social worker with a Master of Social Work degree. He is published in the anthologies, "Veterans of War, Veterans of Peace," edited by Maxine Hong Kingston, and "Waging Peace in Vietnam," edited by Ron Craver, David Cortright, and Barbara Doherty. He also appeared in the documentary "Sir! No Sir!" about the GI resistance to the Vietnam War.

Brian Becker is the National Coordinator of the ANSWER Coalition