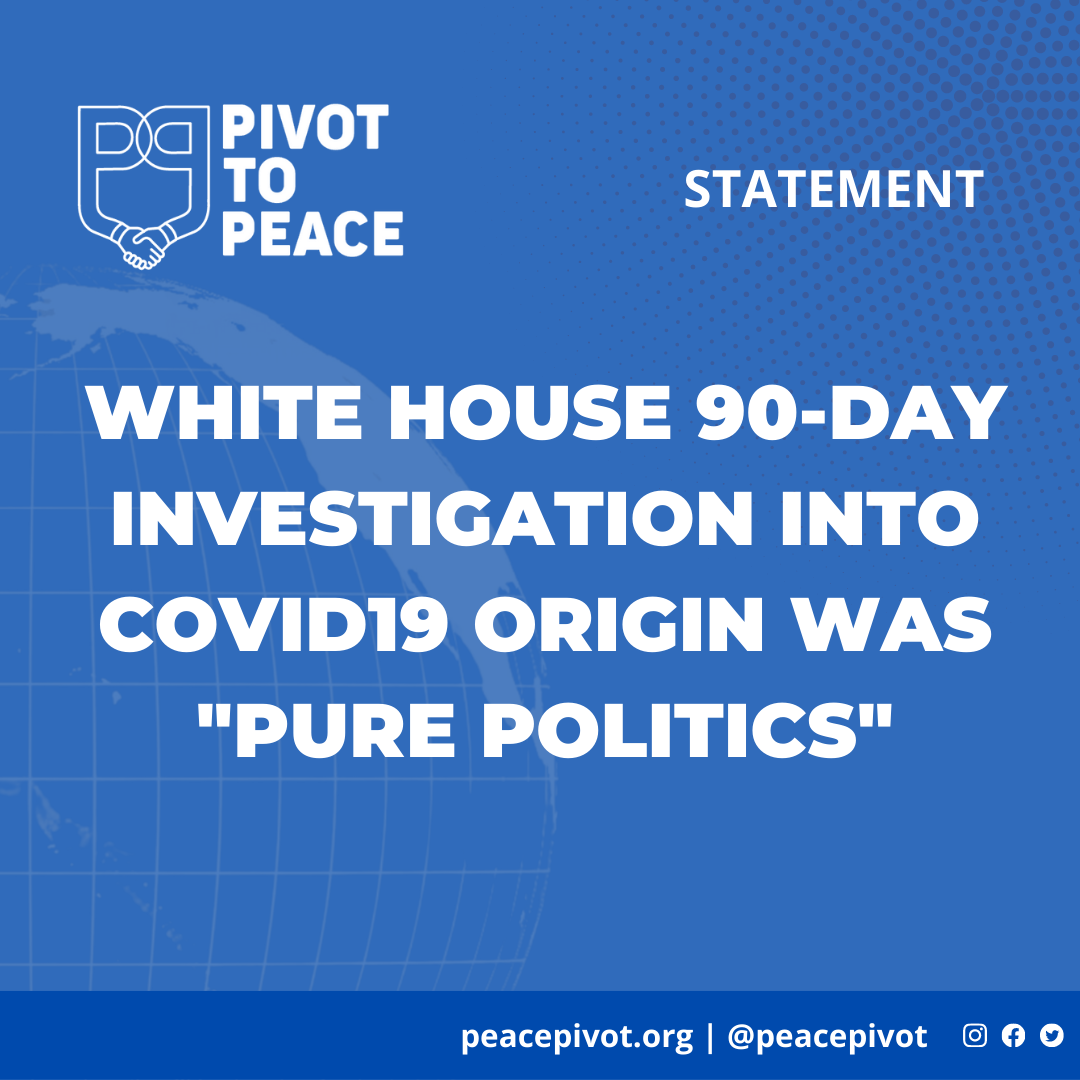 Ninety days ago, the Biden Administration issued an order to the National Intelligence Agencies to identify the origins of the COVID-19 virus. The 90-day investigation adjourned this week, with a classified report issued to the White House on August 24th, 2021 with a verdict that has been reported in the press as “inconclusive”. Predictably, what will follow will likely be a claim that the failure to render a clear conclusion is a result of China’s lack of cooperation and transparency.

It was clear from the outset that the 90-day investigation was yet another act in a larger US geopolitical effort to cast China as the sole country responsible for a worldwide pandemic.

The politicizing of the virus and its origin obstructs the efforts of scientific research to prevent and better manage future pandemics.

A truly genuine quest for fact-finding around the origins of COVID-19 would have:

This narrow, arbitrary scope of investigation into the “origins” is yet more politicizing of the virus.

Good public health policy is a tight race between speculation and science, incorrect and correct information, between lies and truth.  By condensing a scientific search for origins into a narrow political project whose only target is China, it shuts out other avenues of fact-finding, harms scientific research and public health,  and damages trust in the US government.

In addition, this framing of the virus as of “Chinese origin”, poses real threats to the safety of Asian American communities in the US.  This racist, xenophobic rhetoric has triggered a massive surge in anti-Asia hatred.  There have been over 9000 incidents of hate crimes against Asians since this politicization and scapegoating began.  An investigation framed as a search on “Chinese origins”,  regardless of findings, cannot but reinforce this sinophobic rhetoric and thus threaten the safety of Asians in the US and around the world.

Furthermore, in a situation where the majority of the citizens of the world are still suffering from 18 months of a global pandemic, from lack of COVID testing, access to COVID vaccines, adequate health care, this deliberate politicizing and blame-seeking regarding COVID-19 poisons the global cooperation necessary to stop the virus.  A virus knows no politics or borders.

As of the writing of this statement, in the US, there are nearly 170,000 new COVID cases, 1,200 new deaths, totaling nearly 652,000 deaths from the virus. The US still ranks #1 in total cases and deaths from the virus. In contrast, China reached zero new cases this week after an outbreak of about 1200 people in the city of Nanjing. Worldwide, there have been 215 million cases, and 4.5 million deaths. These stark facts speak to the importance of cooperating on a global response rather than scape-goating, blame-seeking, or seeking to weaponize the epidemic as propaganda.

The ramifications of this political theater are grave — it damages science and global public health, and it threatens and harms all the citizens of the world.

Pivot to Peace urges the White House to end the blatant politicization of COVID-19 virus and the witch hunt against China, and to find genuine ways to de-escalate, re-engage, and cooperate to end this pandemic.