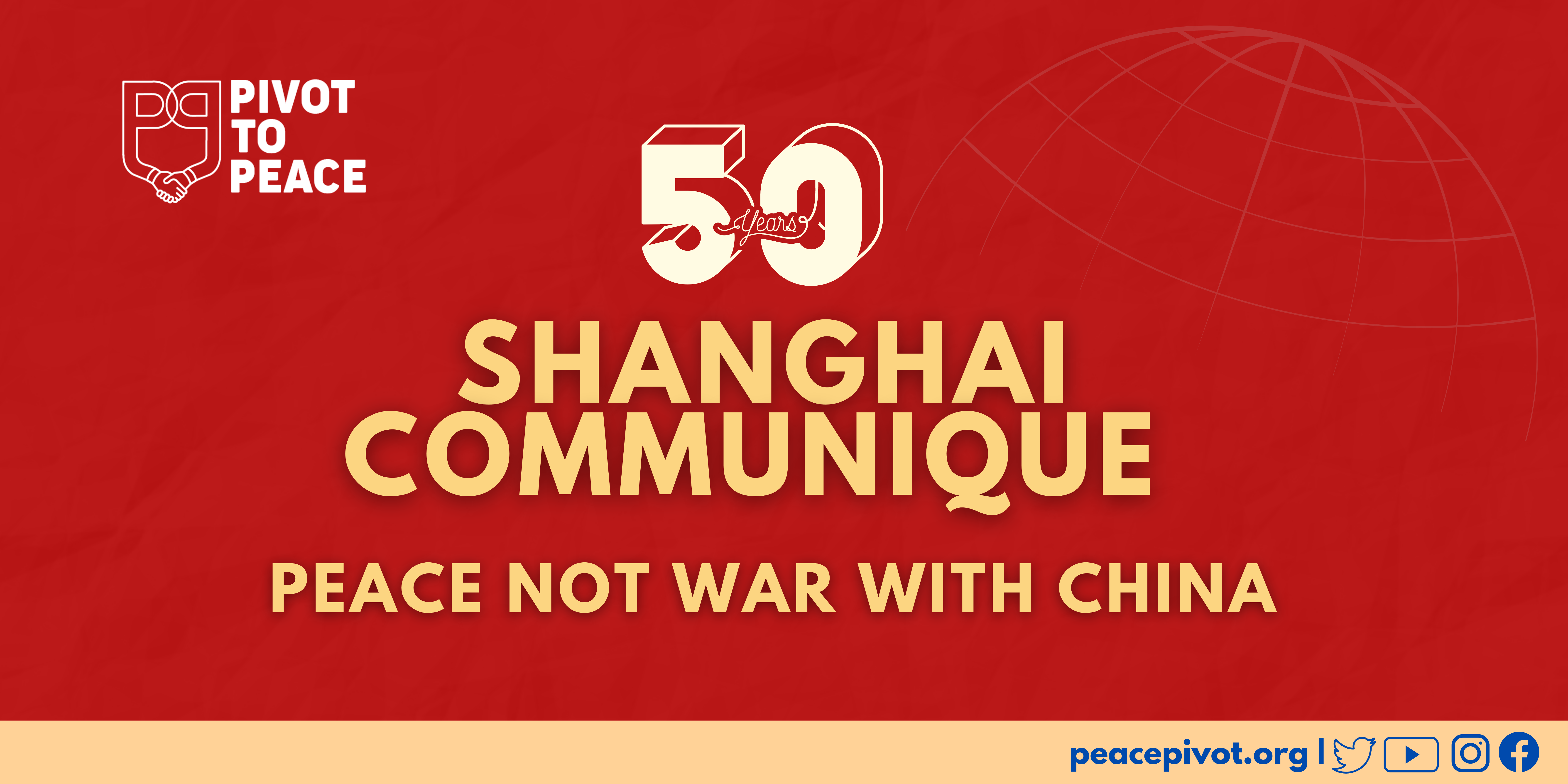 Sunday, Feb. 13, at 11:30 am, at the pedestrian bridge in Japantown, Geary Blvd and Webster Street.

Join us for events in San Francisco and Washington D.C. on the 50th anniversary of the Shanghai Communique demanding Peace, not war with China:

On February 28, 1972, the US and China issued the Shanghai Communique at the end of Nixon’s path-breaking visit to the People’s Republic of China. As we mark the 50th anniversary of this historic breakthrough in the relationship between our countries it is a time to recall and reaffirm the guiding principles which were established in the bilateral statement agreed to by both sides.

The binding obligation of both the US and China is to “…conduct their relations on the principles of respect for the sovereignty and territorial integrity of all states, non-aggression against other states, non-interference in the internal affairs of other states, equality and mutual benefit, and peaceful coexistence.”

Additionally, the US government declared that it “…acknowledges that all Chinese on either side of the Taiwan Strait maintain there is but one China and that Taiwan is a part of China. The United States Government does not challenge that position. It reaffirms its interest in a peaceful settlement of the Taiwan question by the Chinese themselves.”

In recent years, the US government has moved rapidly to adopt an increasingly antagonistic posture towards China. As Americans who urge peace and cooperation than to promote war with China, we urge US politicians to respect and affirm the joint Shanghai Communique, withdraw US troops from Taiwan, cease provocations in the Taiwan Strait, and allow the question of Taiwan to be resolved by the Chinese people on both sides of the Strait themselves, without outside interference and manipulation.