China And Solutions To Climate Change 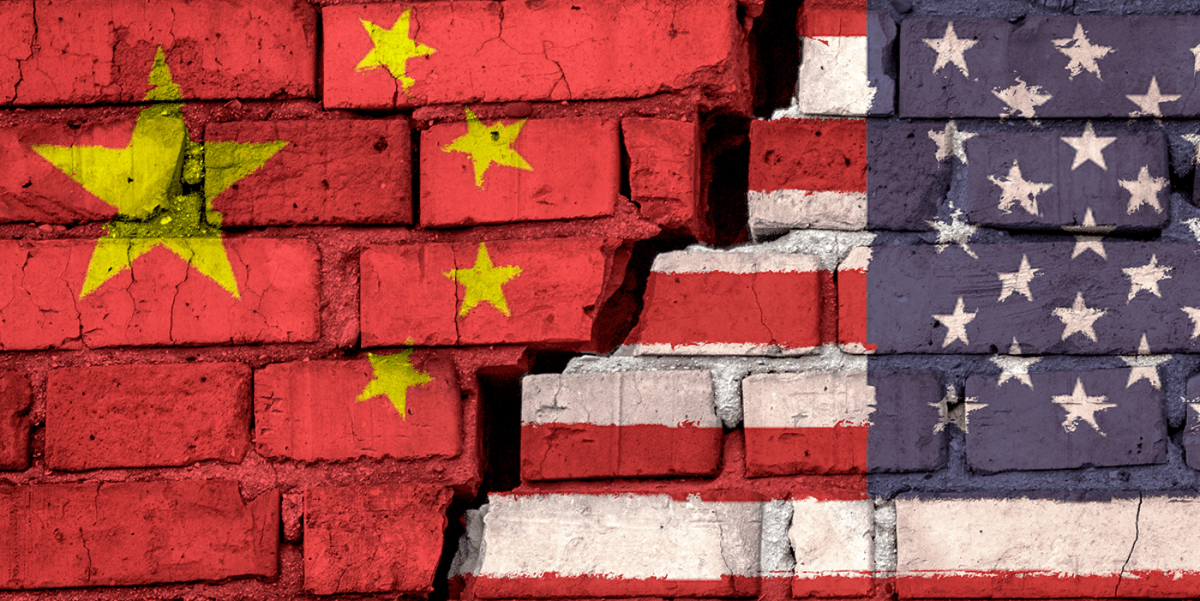 K.J. Noh is a peace activist and scholar on the geopolitics of the Asian continent who writes for Counterpunch and Dissident Voice. He is special correspondent for KPFA Flashpoints on the “Pivot to Asia,” the Koreas, and the Pacific.

Michael Wong is the Vice President of Veterans For Peace, Chapter 69, San Francisco, and a retired social worker with a Master of Social Work degree. He is published in the anthologies, "Veterans of War, Veterans of Peace," edited by Maxine Hong Kingston, and "Waging Peace in Vietnam," edited by Ron Craver, David Cortright, and Barbara Doherty. He also appeared in the documentary "Sir! No Sir!" about the GI resistance to the Vietnam War.

This article was originally published in Popular Resistance

The Earth’s greenhouse gas concentrations are at their highest levels in two million years, driving catastrophic climate change, and creating an existential threat to the planet.

But there is a way out.

Last year, President Xi Jinping, pledged that China’s CO2 emissions would peak before 2030, and China would become carbon neutral before 2060.

China has a track history of setting ambitious, nearly impossible goals and then achieving them–often before deadline–so this pledge is significant.  Under the CPC, China has already created “an economic miracle” in transforming China into the largest economy in the world. It ended extreme poverty while creating the largest middle class in the world.  It has virtually eradicated Covid through non-pharmaceutical methods, while vaccinating up to 20 million people daily, and pledging the largest number of vaccines (2.2 Billion) and distributing over 1 Billion-to the rest of the world.  It has also been applying this incredible focus and national resolve to tackle Climate change.

China has the greatest program of renewable energy of any country. It generates more renewable power than North, Central, and South America–42 countries–combined.  It has more solar parks and wind farms than any other country.  Last year it built more wind power than the rest of the world combined.

It has more electric vehicles than any other country: it operates 420,000 electric buses, 99% of the world’s total; Shenzhen alone has 16,000 e-buses and 22,000 e-taxis.  It aims to have 325 million electric vehicles operating by 2050.  Its high speed rail network of 38,000 km is so extensive and effective that domestic air travel is starting to become obsolete.  No country has as dense, large, and efficient system of clean public transportation and high-speed rail as China.

In addition, China also has the greatest carbon-sequestration afforestation program in the world, creating forests the size of Belgium every year. It has doubled its forest coverage to 23% over the past 40 years.  Satellite analysis by NASA’s Ames Research Lab proves that China has contributed more to greening the planet than any other country in the world.

In other words, by almost every sustainability index, China a world leader–far ahead of the US–and is pioneering a way forward for the planet. It will likely hit its targets ahead of time.

These things are happening because the CPC has written sustainability and ecological development directly into its constitution.  This is then implemented into regional and local policy, such as sustainable eco-city mandates, transportation policy, energy infrastructure, advanced research, as well as dedicated funding for alternative energy development for companies to start up and build clean energy technology.

These commitments exist despite the fact that China’s historical and per capita GHG and CO2 emissions are a fraction of the world’s total. According to the World Bank, on an annual per capita basis, China share is less than half of the United States; its household energy consumption is 1/8th of US’s.

Even more important, here’s a chart showing the cumulative emissions by country.

Cumulative historical amounts matter because CO2 does not dissipate but accrues in the atmosphere: stocks, not flows, are what matter.  In accounting, you look at a person’s total accrued debt, not their daily credit expenditures, to determine what they owe to others.  Likewise, you have to look at historically accrued GHG to accurately understand harms, liabilities, and mitigation responsibilities.

Note also, between 14–33% of China’s annual GHG emissions–are the West’s that has been offshored through manufacturing. This way, the West gets to have its cake and eat it, too: consume, pollute and destroy the planet, while virtue-signaling and blaming developing countries like China for the cost of its consumption.

Much, too, has been made of China’s coal plants, but the fact is that China’s plants are advanced supercritical or ultra-supercritical plants, which means they are much more efficient and cleaner than many of the industrial-era legacy plants of the US.  China has a more sustainable approach along the entire chain of production and consumption. That said, China understands coal as a transitional source that it wants to phase out, except that the US has an explicit military plan to choke off China’s alternative fuel imports at the South China Sea. China needs to maintain back-up capacity in clean coal, as it leapfrogs into renewables, which will constitute fully 80% of its energy portfolio by 2060.  As for overseas coal plants, 87% of that funding comes from the West or Japan, and China has committed to not fund any foreign coal plants. With these commitments, China has demonstrated that it is dedicated and committed to both national and global sustainability and carbon neutrality.

Lastly, most calculations of GHG emissions leave out the US military boot print, the single largest institutional emitter in the world, ranking higher than the emissions of 140 nations. Add the cost of endless US wars, and subtract offshored GHG from the West from China’s total, you get a different picture of responsibility for global emissions.

Despite the hypocritical finger-pointing at China at COP 26 by the worst polluters, the US and the West, the simple facts refute the lies.  China is a net GHG creditor nation, not a debtor.  The Lancet showed that 92% of emissions above the safe level of 350ppm can be attributed to the Global North, of which 40% of these emissions are the US’s alone.  By contrast, China is a net creditor nation.  In other words, the atmosphere (atmospheric carrying capacity), a global commons, has been colonized and monopolized by the West to the detriment of the rest of the world. In this, the US bears the greatest individual responsibility for the Global Climate crisis.

Despite all this, China leads in solutions–in technology, policy, transition planning, and implementation.  It is not only pulling its weight, it is showing the world a way forward.

This is in stark distinction to the US, where 25% of the US Congress still refuses to believe in human-caused climate change and where the last President claimed that “Global warming was a Chinese hoax”. The US was also responsible for disabling the original 1997 Kyoto protocol by lowering targets, engineering carbon indulgences (“carbon trading”), exempting military emissions, and unjustly trying to offload responsibility to developing countries.   (After all this cynical, rapacious, profit-driven sabotage, led by Al Gore, the US still refused to ratify, demoralizing global efforts for decades). These cynical actions by US leadership, along with US overshoot of its share of the carbon budget, bear a large responsibility for the current critical state of affairs.

Despite decades of denialism, evasion, and sabotage by the US, there is still a path forward to tackle Climate change. But the US needs to step up to do its part and it needs to engage honestly with China’s sustainable, ecological model of development.  With low-carbon eco-cities with 40% greenspace, pollution-free mass transit, mass afforestation, GHG capture technologies, mass shift to renewables, ecological mandates written into their constitution, China offers an inspiring and feasible policy model.

But this cannot happen if the US continues to threaten China militarily, encircle it with hundreds of bases–all emitting GHG–and resorts to carbon intensive military Keynesianism and neoliberalism, and denigrating and attacking everything positive China does.  By constantly bashing and attacking China, instead of engaging and learning from the structural solutions they are implementing, the US is abdicating its duties as a responsible global stakeholder and undermining—yet again–the world’s chances of tackling Climate Change.

In the recent China-US Joint Glasgow Declaration on Enhancing Climate Action, the US momentarily dropped its China-bashing, and pledged to strengthen implementation of the Paris agreement.

However, the constant demonization of China by the US leadership, not only on Climate change, but on all fronts, along with endless echo-chambering in the MSM, would suggest that this is not a good faith change of heart, but only a temporary tactical reset.   The fact that the US still bans Chinese polysilicon for environment-critical solar panels on fraudulent charges is evidence of this dishonest opportunism.

For the sake of the planet, sanity must prevail to seek real win-win cooperation on all fronts to tackle the existential threat of our time. China is doing its part by demonstrating what an ecological, sustainable civilization based on socialist common prosperity could look like.

Will the neoliberal West and the US follow suit, learn and cooperate, or will they play at politics and war, doubling down on the suicidal Carbon-fueled endgame?

Clear-sighted citizens must challenge the lies, the mendacity, and the escalating demonization, and urge their governments to work for peace and cooperation.

The future of the world depends on it.