Conference | China and The Left 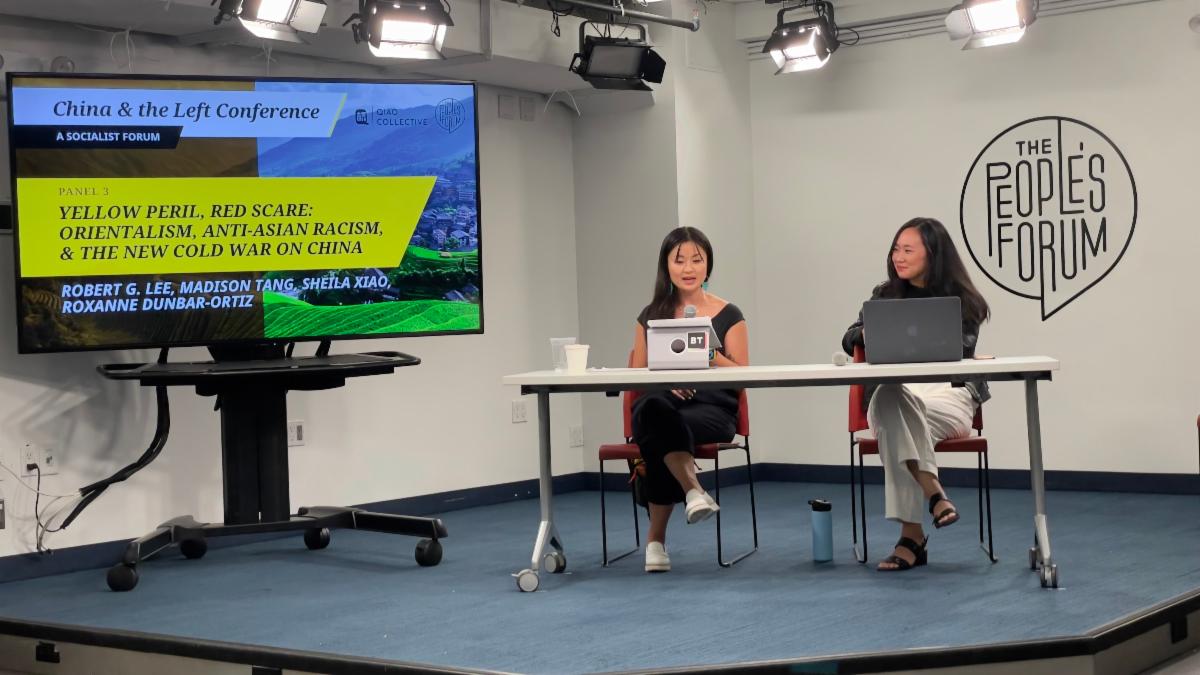 On Saturday, September 18th, Pivot to Peace joined a full-day conference titled “China and The Left” hosted by the Qiao Collective and The People’s Forum, and co-sponsored by CODEPINK and Monthly Review. This conference convened organizers, scholars and journalists whose work grapples with questions of Chinese socialism, Western imperialism, Global South internationalism, and the renewed Cold War consensus taking hold in the West. There was an impressive attendance of over 300 people, with thousands tuning in virtually.

Pivot to Peace participated on the panel titled “Yellow Peril, Red Scare: Orientalism, Anti-Asian Racism, New Cold War on China.” Co-Founder of Pivot to Peace, Sheila Xiao, spoke about the unique role that the US left must play in mobilizing the American people against the war-driven propaganda which seeks to drive public opinion towards confrontation with China.