Mon, Aug 8: China is Not our Enemy! Stop the Provocations! 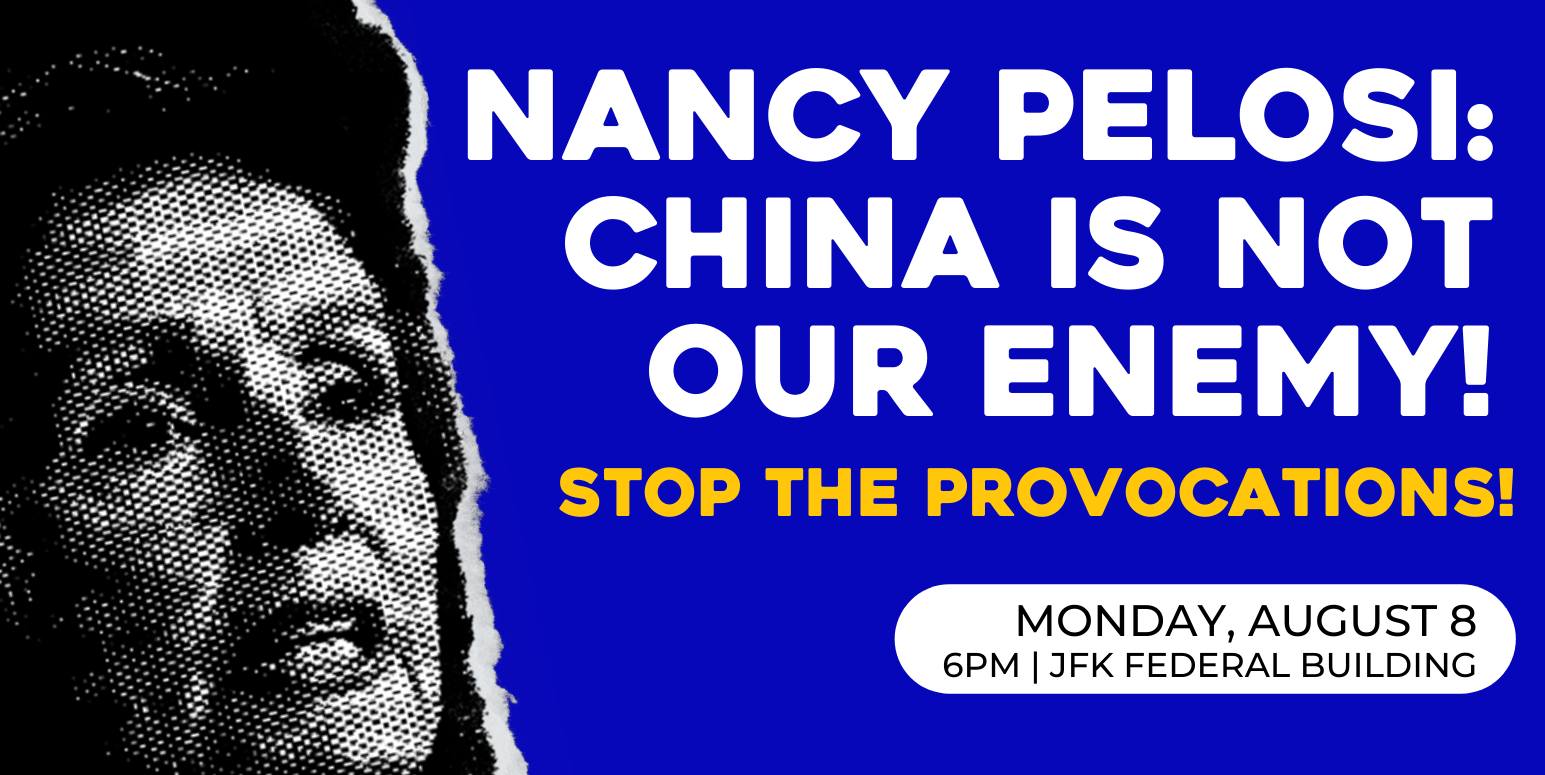 Nancy Pelosi is inflaming potential war with China with her recent official visit to Taiwan.

It is the official position of the United States, embodied in repeated communiques and bilateral agreements between China and the U.S., that there is One China and that Taiwan is part of China. In his conversation with President Xi Jinping on July 28 President Biden reaffirmed American support for the One China policy and that the U.S. does not support Taiwan independence. There is no basis for Nancy Pelosi, the third person in succession to the Presidency, to travel to Taiwan in disregard of the commitments made by our government. Such reckless actions only inflame an already tense situation, and risk precipitating a dangerous clash between the United States and the People’s Republic of China.