The Shanghai Communiqué: Key to Peace – Pivot to Peace/CODEPINK Webinar 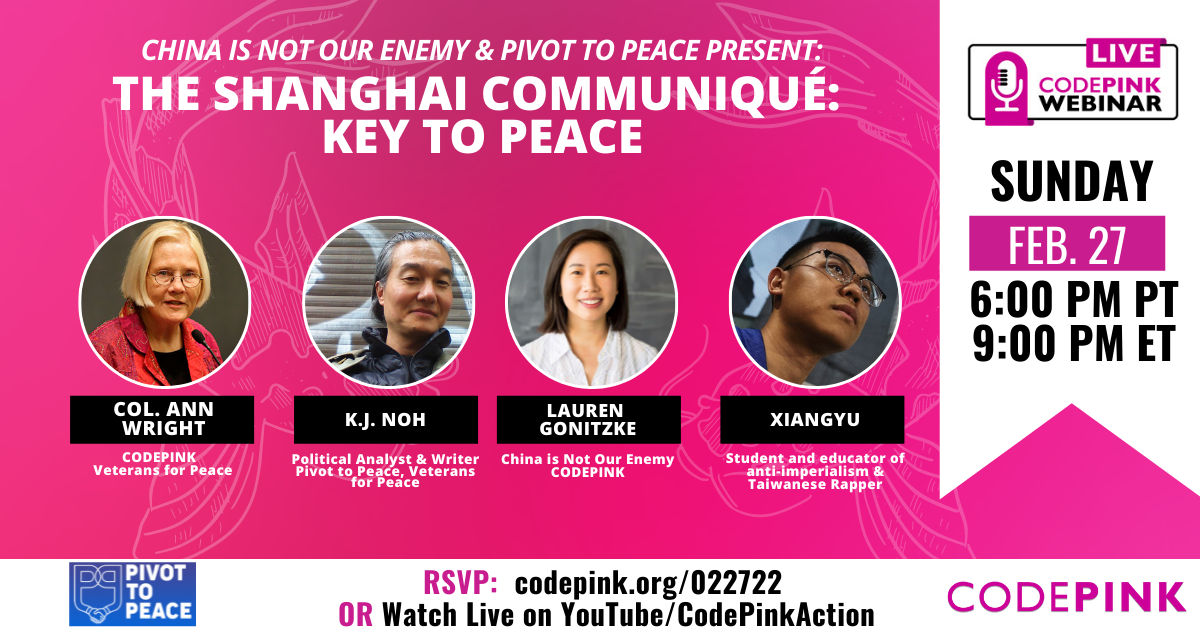 Join Pivot to Peace and CODEPINK’s China Is Not Our Enemy campaign this Sunday for a conversation with Xiangyu, Col. Ann Wright, Lauren Gonitzke and Pivot to Peace’s K.J. Noh to better understand the Taiwan issue and how the U.S. can avoid war with China over Taiwan.